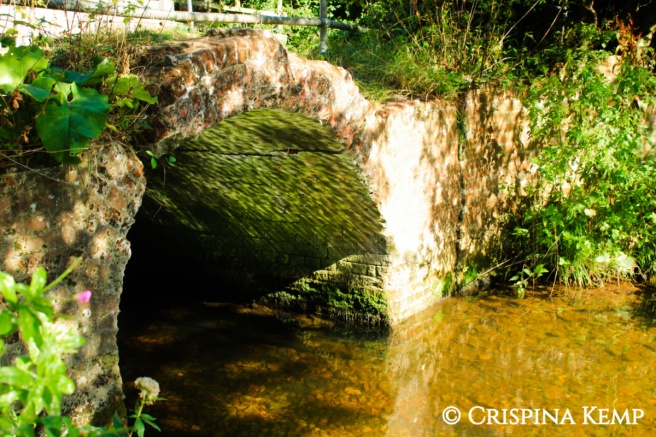 Susan came to the bridge. Though it was quite a small one, she knew a troll lived under it. She put her foot on the bridge expecting to hear the troll roar out a challenge, but nothing happened.

“You there Troll?” She asked out loud. There was no response.

Disappointed, she bounced across the bridge making as much noise as she could. There was still no response. She then walked back over it making loud heavy steps. Again, no response. She went on the bridge again. This time she lay down so she could look under it. There was the troll with his unmistakable green skin. He was sitting down furiously tapping away on a computer.

“Hey Troll, you know I’m on your bridge?” Susan asked. He looked up at her slightly irritated.

“Yes I know! You’re making a frightful noise! But these days I do all my trolling online.”

This was written with the photo prompt provided by Crimson’s Creative Challenge #48.