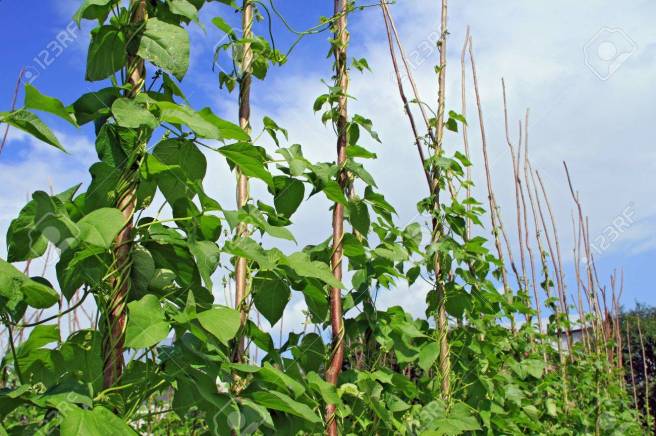 Jack and the Beanstalks, draft

Jack went to market to sell the family’s cow. On the way there he met an old witch. The witch smiled at him.

“Hows about I purchase yer cow with these here magic beans?” She reached into her pocket and produced a handful of beans.

Jack took the beans and went home. Despite his mother’s anger he planted them, but nothing happened. A week later they began to sprout, and over time they grew into bean plants.

Jack and the Beanstalks, revision one

Jack went to sell the family’s cow. On the way he met a witch.

“Hows about I purchase yer cow with magic beans?” She produced some beans.

Jack planted the beans, but nothing happened. Later on they began to sprout and grow into plants.

Jack and the Beanstalks, revision two

Jack and the Beanstalks, final version

“You were a fool Jack to sell our cow to that witch.” Jack’s mother said.

“But she said the beans were magical.” Jack insisted.

“You were to sell our cow so we could buy food, and you came home with a few beans.”

Despite his mothers anger, he planted the beans and waited. Nothing happened. Then a week later they began to sprout. Over the next few weeks they grew into bean plants.

Once they were harvested though, they had more than enough beans to eat and trade for other food they needed.

I changed the title from what I submitted, but everything else is the same. This is one I wouldn’t mind having a go at writing a slightly longer version someday that incorporates elements from the first and last version.

5 thoughts on “Jack and the Beanstalks (flash fiction)”