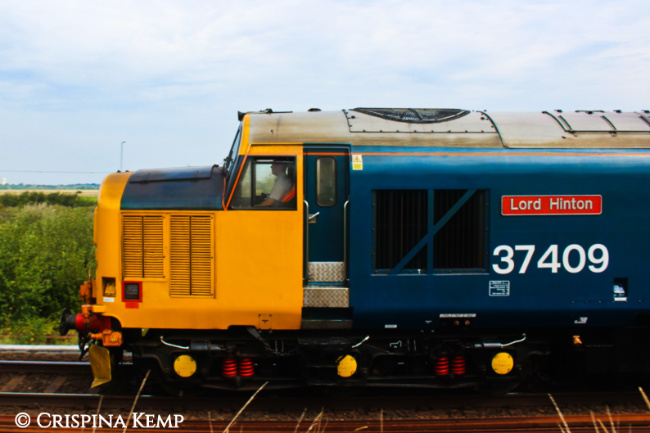 Living in Christchurch there isn’t the greatest option for train journeys. There’s the TranzAlpine, which leaves from Christchurch and travels to the West Coast going through Arthur’s Pass. I’ve yet to travel on that one.

The only other train that leaves here is the Coastal Pacific which I traveled on in early 2016 on my way to Wellington. Later that year there was an earthquake in Kaikoura which knocked out the railway line there for some time. The Coastal Pacific travels from Christchurch to Picton, where the Interislander ferry leaves to Wellington. On the way is some very scenic mountainous country and coastline which includes seal colonies.

If given the option, I would prefer to travel by train rather than bus or aeroplane when possible. If I ever get overseas I would love to travel on some of the train journeys I’ve read about. Something to hope for in the future.

This was written with the photo prompt provided by Crimson’s Creative Challenge #44.